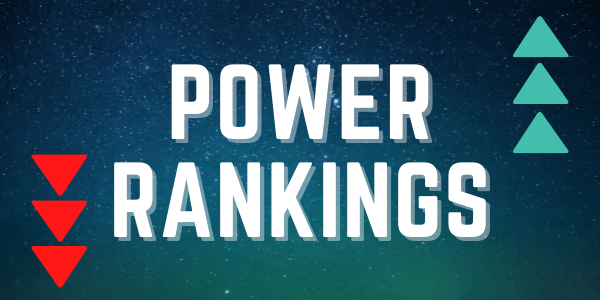 They swept all types of trophies and individual awards last year. The team was very balanced from top to bottom and lots of their players had career years (Jerry, Saeed, Milan, Adrian, etc.). While they have lost SASL 2021 MVP Jerry, they have replenished very well with a bunch of veterans and their top 10 is as good as anyone on both sides of the ball.

A semi finalist last year went out and signed the most feared hitter in the league in Dan. Although they lost one of their key players in Kyle due to injury, they still have a lot of youth, energy and talent. Between Dan, Chris and Anthony, is there a better middle of the order in the league? If their defense keeps up, they are looking very strong.

The return of one of the most well known franchises in SASL brings us a veteran laden team who should still be able to hang with the best of SASL. The biggest concern we have is injuries as they have a roster that is devoid of young players. Just in the last couple of years, we have seen injuries to David, Pavy, Haaris, Irfan, Hashim etc. If there are multiple injuries do they have enough depth to stay relevant?

To be honest, this team has underachieved over the last 3-4 years. They have as much talent as anyone in the league but have not won the championship for one reason or another. This year they bring back another strong team with some new veterans that may bring in what they have been missing. If there aren’t any attendance/injury issues, we can pencil this team in as a top 4 team all year.

They lost their best player in Dan, similar to Semi Pros after making it to the Finals last year. Unlike Semi Pros, we don’t really know the rookies they are getting to replace him. Assassins wanted to create a more balanced roster rather than being too heavy. That priority seems to have been achieved but we need to see how good the chemistry will be on the field.

The lineup is built around SASL all timer Denen. We are ranking them based on the players we know, however they have 3 rookies we are looking forward to seeing (Nick, Jack and Jordan), which will determine how good this team could truly be. They have veteran leadership and will look to steer this team to a high seed but it will be difficult without the rookies impressing.

We haven’t gotten an official roster from Dynasty as of yet. They took a huge step back in 2021 after a 2020 championship team once they lost their core to Semi Pros. Will 2022 be a rebound for Yamin and co? I’m 2021, they seemed like a team with good enough talent without much chemistry. It takes more than talent to win in SASL, and we are looking forward to seeing what kind of team Dynasty brings for 2022.

Very big off-season for Dadbods as they have added the second most rookies to their roster in 2022. With all this infusion of talent, can they take the next step and move into the top 4? Captain Parvesh is one of the harder working captains in SASL and as a league it will be nice to see Dadbods putting in a competitive season this year. We expect this team to start of slow as the integrate the new talent to the league and figure out the best defensive positioning.

Troopers and Dadbods are the 2 team that have taken the most advantage of the new no limits on guests rule. With the most amount of rookies they are introducing to the league, they can either shock everyone or go back to being the same old Troopers. Will they get a full season out of their one true known commodity in Mike Kauffman? They start with the best matchup this Sunday with 2 games against Dadbods.