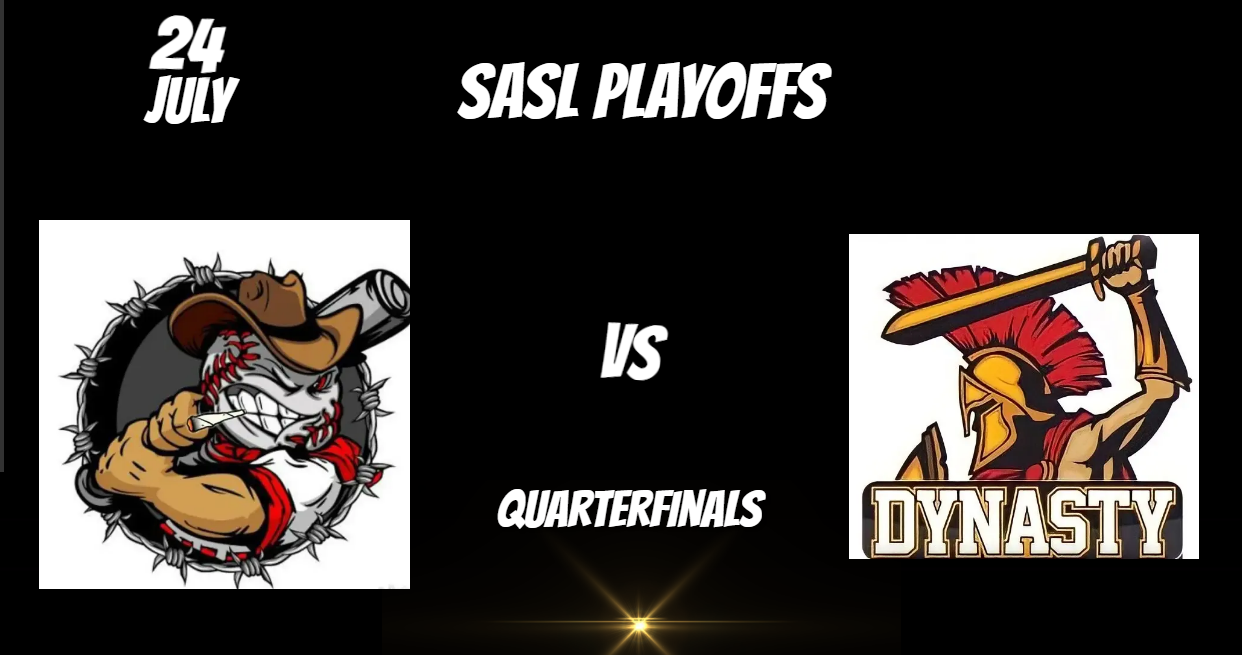 A would-be first place HeavyHittaz faces off a struggling Dynasty for one of our Quarterfinals matches on Sunday, July 24 at Eisenhower Park Field 2. Similar to Assassin vs Scorers, this matchup is also lopsided, but not as much. HeavyHittaz displayed one of their strongest seasons ever, pulling off sweeps against top teams Assassins and Young Guns. If they did not forfeit their last week’s games against Scorpion Scorers, they most likely would have swept, cementing them as the #1 seed. Dynasty’s coming off of some rough patches when it comes to performance overall. HeavyHittaz are definite favorites in this one.

Dynasty started off this season not looking too bad, with wins against DadBods, Young Guns, and Troopers, but suddenly fell on a decline, not picking up a win ever since June 5th. Their only technical wins after that were the forfeits against Scorpion Scorers. Last minute changes looked promising for Dynasty with the addition of Waqas Ali, but he unfortunately wasn’t able to qualify for playoffs. This definitely made a huge impact, bringing Dynasty’s chances of winning this series from 2% to 1%. Dynasty’s power hitters in Yamin, Lou, and Desh will have to pick up the slack from their teammates to match the energy and run-scoring machine that HeavyHittaz are.

HeavyHittaz are the favorites to win SASL. They’ve shown they can take down top teams, they’ve shown that they’re able to at least field 8 and still win against top teams, and that their lineup is well rounded and balanced. It’s up to Ali to keep pitching well so this match with Dynasty can be smooth-sailing. If you didn’t know already, HeavyHittaz are undefeated when running an 8 man roster. What happens when they play with 10? Will they somehow drop a game? However, we all know about co-captain Kunal Sra’s playoff buff, so that might even things out for HH. Ahmad Halimi also says his motivation is at an all-time high because he wants to personally take SemiPro and commissioner Kunal Oak out of playoffs. With all things considered, HeavyHittaz will most definitely take this match. Lets go into the matchups, which really don’t matter. Let’s be honest.

Honestly, we don’t know who will pitch for Dynasty tomorrow. Ray is not able to show up, and Usman may not be able to pitch. The only others who have pitched for Dynasty was Lou, but they will definitely need him in the outfield against HeavyHittaz. Ali G has been consistent all season, so if he keeps it up this is easily Heavy Hittaz’s game. If Dynasty doesn’t have someone who can throw strikes, you might see Ali with 8 walks as well. By default:

Kunal Sra, biggest meme maker in softball history, is going to turn up this playoffs. He’s going to take out whoever’s playing 2B and RF 100%. Dynasty, be aware. You may not see Kunal injured for this game, even though he said he was for the whole regular season. Sra has had the best numbers on HeavyHittaz all season and will probably be even better in playoffs. Not much to say, Saj has no chance here. Although, Saj has way better numbers this year than previous seasons. Still doesn’t matter. Ariel may also be catching, but his numbers don’t stand a chance compared to Kunal.

This one’s also a no brainer. Josh is a great first baseman with a ton of pop and when he’s on, he’s a menace. Right side of Dynasty will be burned tomorrow, that’s no question. Usman has been out for majority of the season, so he’s coming back very cold. Not too much to expect from him.

Right behind Kunal, Ishaq has the second best average on HeavyHittaz. Seems like he’s been a great addition for the HeavyHittaz roster this season as a 5. I’ve heard he’s a baseball player as well, so if he can showcase his baseball-like defense, it may give HeavyHittaz even more of an edge. Vivek is very hit or miss, sometimes he hits like he’s a 6, but other times he does not perform. Overall, he batted with a 525 average, so he’ll have to start out and stay hot for this matchup to go completely different. Otherwise, easy choice is:

Despite Zack’s numbers, I’ve heard that Zack is one of the best players on HeavyHittaz. His defense is great, similar to Billal’s, and he has a great bat. I expect him to also turn up in playoffs and unleash his true potential. Yamin at 3B, I’m not so sure about this one. Should be interesting for sure. Maybe you’ll hear Billal making fun of this decision all game, or somehow Yamin will shut everyone on HeavyHittaz up. Likely the first though. Yamin has been hitting well this season, with an AVG of 605, but defense matters a ton in this match. Zack’s average is a bit lower than Yamin’s, but it’s not likely Zack is actually a 500 hitter (he’s much better than that).

One of the most hated players in SASL, Billal Lateef will be a menace to deal with… with how much he talks. I wonder if he’s ever going to close his mouth during this game. Probably not. Anyways, Billal has been hitting well and can be seen up there as best performing members on HeavyHittaz. His ego is driven by a Homerun counter between himself and commissioner Anthony Dindyal. I think its something like Billal 12, Anthony 0, but I think he’ll be more glad he created that counter when his rating goes up. Billal’s defense at Shortstop is similar to Keith’s on Assassins, and easily takes the advantage here. Amit has been hit or miss on Dynasty this year. He has a pretty good history, but isn’t giving the same numbers and defense as he once was. The team dynamic on Dynasty is also very poor so that may feed into his performance.

Defense in the outfield, without question, goes to Heavy Hittaz. With Halimi healthy, Majid trying his best, and Yaqub and Ramy fielding everything cleanly, there’s no doubt the defense is better on HeavyHittaz. Lou, Desh, Jonathan, and Asad are great defensive players, but don’t have the same range as the HeavyHittaz outfielders. However, Dynasty’s consistency in offense does come from their outfielders. Team Leaders Desh and Lou have what it takes to sneak a win off of the HeavyHittaz with their consistent bats. If Jonathan and Asad have their best performances of the year, this team has potential to take a game off of HeavyHittaz. Take the series? Not so sure about that. Ahmad, Majid, Yaqub, and Ramy seems like the best offensive outfield SASL has to offer. You’ll likely see Halimi and Majid diving for balls in the outfield, then the next at bat send one over the fence. This matchup can be closer than we think, but based on how the regular season went:

I don’t think there’s a question about who will win the series. I think its more if Dynasty can take a game off of HeavyHittaz. They definitely have the potential to if everyone has the game of their life, but otherwise, it will be an easy win for HeavyHittaz. They have a younger crew, better numbers, better record this year, and the playoff buff with most of their players.