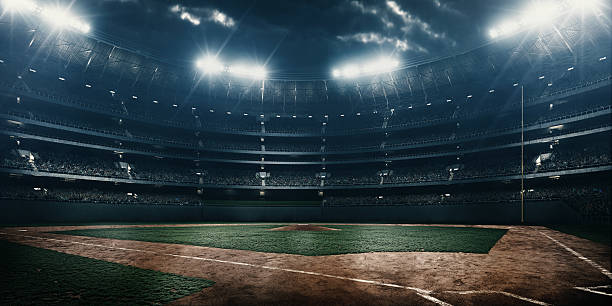 After a short Spring/Summer season, we’ve finally made it to SASL Playoffs! Our first featured match is going to be the classic Saturday Night Lights Play-In game between the 8th seed DadBods and 9th seed Troopers. The winner of this game decides who will play against Savages in the Quarterfinals.

DadBods is a team that consists of primarily veterans and a couple new faces. Their season was filled with some very unfortunate games, especially against some of the top teams. DadBods can definitely compete, but everyone needs to perform their best on a given day. Although, this team does have one thing that most other teams don’t, which is team chemistry. Maybe not on the field as much, but this team is filled with guys who have been friends with each other for a very long time. This can possibly give them the edge in a high-pressure one game elimination against the Troopers.

Troopers have yet again fallen to 9th place, which is last place in this season. One of the oldest teams ran by veteran Sunil Rangila still struggles to find their way with regards to attendance and injury. Similar to DadBods, Troopers do have a number of close games against top teams, so if they’re all present and all healthy, it’s possible for this team to sneak away with a couple wins. Luckily for them, their only win of the season was against the team they’re facing off against in SNL, DadBods. Going into this, Troopers have nothing more to lose. It’s the last game of the season and (whoever shows up) is going to leave it all on the field.

Lets get into the matchups.

There’s not much to say about the pitching matchup. Both are consistent pitchers and are key pieces to their team because… well… no one else can pitch. Going off of offensive performance during the regular season, Parvesh has the edge over Sid with his higher stats in almost every category by a good amount.

Unfortunately, this hasn’t been the best year on offense for these catchers. With both of them sitting just below 450 OBP, I’d say they’re just about even. One pop-off performance from either player can be a game changer in a tight game. Otherwise, nothing special here.

Troopers’ late addition of Syed Hashmi, otherwise known as Ansar, was key to the potential of their roster and for winning SNL at the very least. Although I think it’s not enough to outdo the offense of Randy, Ansar is able to have a game changing hit, maybe even a homerun. Otherwise, Randy will hold the advantage here. He may not have had the best numbers compared to his performance last year, but we believe he can show up when he needs to. Both first-baseman have limited mobility, so that will be even. Offense favors DadBods and Randy.

On offense, this matchup may be closer than we thought it would be. Anthony DePalma has not been hitting as well as he normally does, plus the Troopers had the last week of the regular season off. This means they may be cold coming into SNL. Jassa has a very slight advantage in OBP but has not even played enough games to qualify for the next round IF they make it there. Fielding-wise, Anthony is more agile, despite his injuries every other day. Due to historical performance and Jassa’s attendance, we’ll have to give the advantage to Anthony here.

One of the two Dominican guys Sunil picked up from parks on the Belt Parkway vs Vito. I think we all know who has the advantage here. Vito’s offensive numbers have been poor compared to what DadBods need to succeed. We haven’t seen much from Victor, but we do know he’s Dominican, he plays softball, and he’s hitting better than Vito so that would give him the advantage. Vito’s glove has definitely improved over the years, but we all know offense reigns supreme over defense in softball.

This matchup at shortstop can be different if Alan has an off day on Saturday, but it likely wouldn’t matter. Gotham is a great fielder, but Alan is just a little better and has more pop with his bat. Bryan Giron

Luis and Panda are part of almost every run the DadBods score. They would not be able to compete with the other teams without them. Jay and Hector have great speed in the outfield, but their bats have been lacking all season long, as they’re at the bottom of the OPS category for DadBods. Troopers have a bit more balanced outfield with Alex, Corey, Burr, Mike, and Moiz. We believe this 5-man outfield with great bats all around will reign supreme in this matchup. Alex has been performing very well, leading the league in triples and the team in OPS with almost 2.000.

Overall, this matchup really comes down to who is better on the day. They split in the beginning of the season with an extra inning game as well; that’s how close this matchup is. While most of the advantages went to Troopers, DadBods have potential to take this win with all of their guys having a good game.

SNL Prediction: Troopers will win the SNL match as they are tired of losing year after year and have the offense to do it vs DadBods.