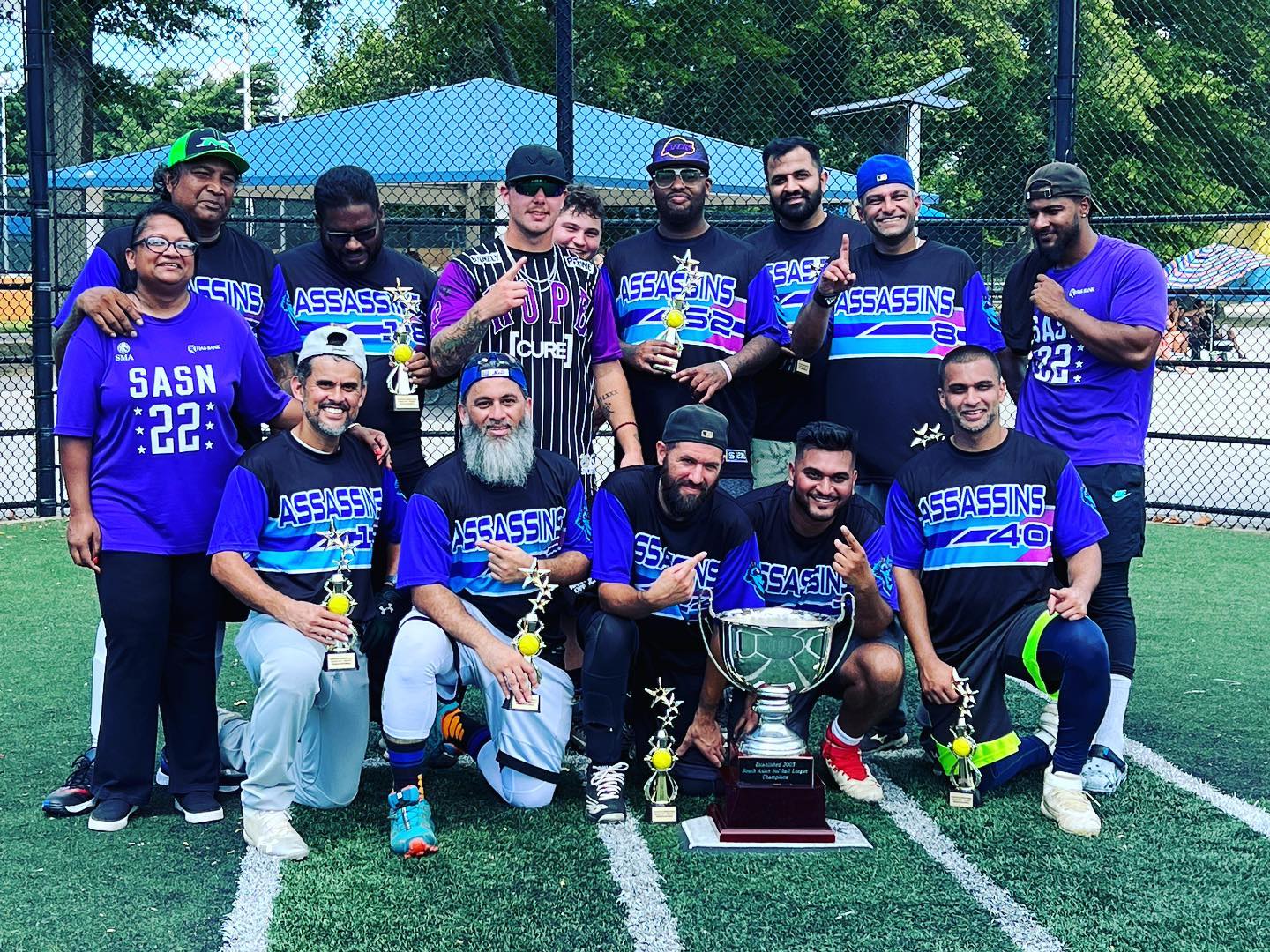 Team Photo of the Assassins after the victory

Congratulations to the Assassins (3) as they defeated the Savages (1) in a three game series at a game held at Cantiague Park Field A in Hicksville. The Savages were the favorites coming into the game as the Assassins were missing a key component of their roster.

Danny “Sugar” Ramoutar was named the Most Valuable Player as he hit 4 homeruns in the series including one that hit the left field scoreboard.

After the game it was announced that captain Rishi Rampal will be taking his talents to the West Coast for a little while. The league wishes nothing but the best for Rishi Rampal in his future endeavours and looks forward to his eventual return to the SASL!