Battle of the titans here. On one side, the Gators are coming off a tough last-minute loss to Cobra Kai (2-0), in which they crawled back from a 19-point deficit. While AK just got by QD (0-2) by one point, without QB Sims making it a big win for them down the road. Both teams are really good. We have them ranked 1 and 3 in the Power Rankings and the separator is minimal. The Gators gave up 46 points to Cobra Kai which is very uncharacteristic of that defense and we expect them to rebound. AK survived a nail-biter missing a few guys and looks to be at full strength against a much tougher foe this week.

If AK wants to win, they need to use Dheeraj and Amneet with the long ball and score on the Gators frequently. The Gators showed that in a shootout they may not have enough offensive firepower to score in the high 40s. They did score 40 last week but we don’t see them doing that against the AK defense. If the Gators want to win, they need to get back to making stops on defense and giving the offense less pressure to win the game. This team was built on a tough defense allowing the offense to score in the high 20s to win games. But with the competition level on the rise, the offense must do more should this team want to be successful. 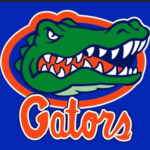 The South Asian Flag Football League of Long Island and NYC (SAFL) is in its 12th season. For more information, visit southasiansports.com