The first game of the week here with the Sleepers coming off a statement win vs The Suicide Squad. We like this team. We expect them to be in the mix in the end and they showed that they belong by putting a whooping on The Suicide Squad in Week 2. They have solid QB play by Ryan Prashad, who is third in the league in completion percentage. He is also Top-3 in passing touchdowns and we expect him to keep up that pace. He also provides solid leadership on the field which is helpful, especially for a new team in the SAFL. He has good weapons in Tyrel and Brandon Dat and Shiv Supersad. As far as their defense is concerned, it could be argued that they lead the league in multiple defensive categories.

The Sleepers will play Balls Deep who are coming off a spanking by the Titans last week. This team needs better QB play as it seems they are going through new QBs each week which is not a great plan especially when you’re about to run into The Sleepers. Extended drives will be they as Balls Deep figures out the defense a bit during the season. There have been some bright spots over the last two weeks mainly by Ali Basrai and Ahad Jawed who are Top-3 in receptions in the league, respectively. Rashed has taken the reigns of this team and word has it that there have been some elite pickups…

This week they have a tough challenge and we hope they could keep it close. We don’t think it will be. 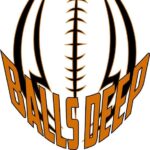 The South Asian Flag Football League of Long Island and NYC (SAFL) is in its 12th season. For more information, visit football.southasiansports.com