Division 3 gets underway this weekend with 6 teams battlings for the championship! 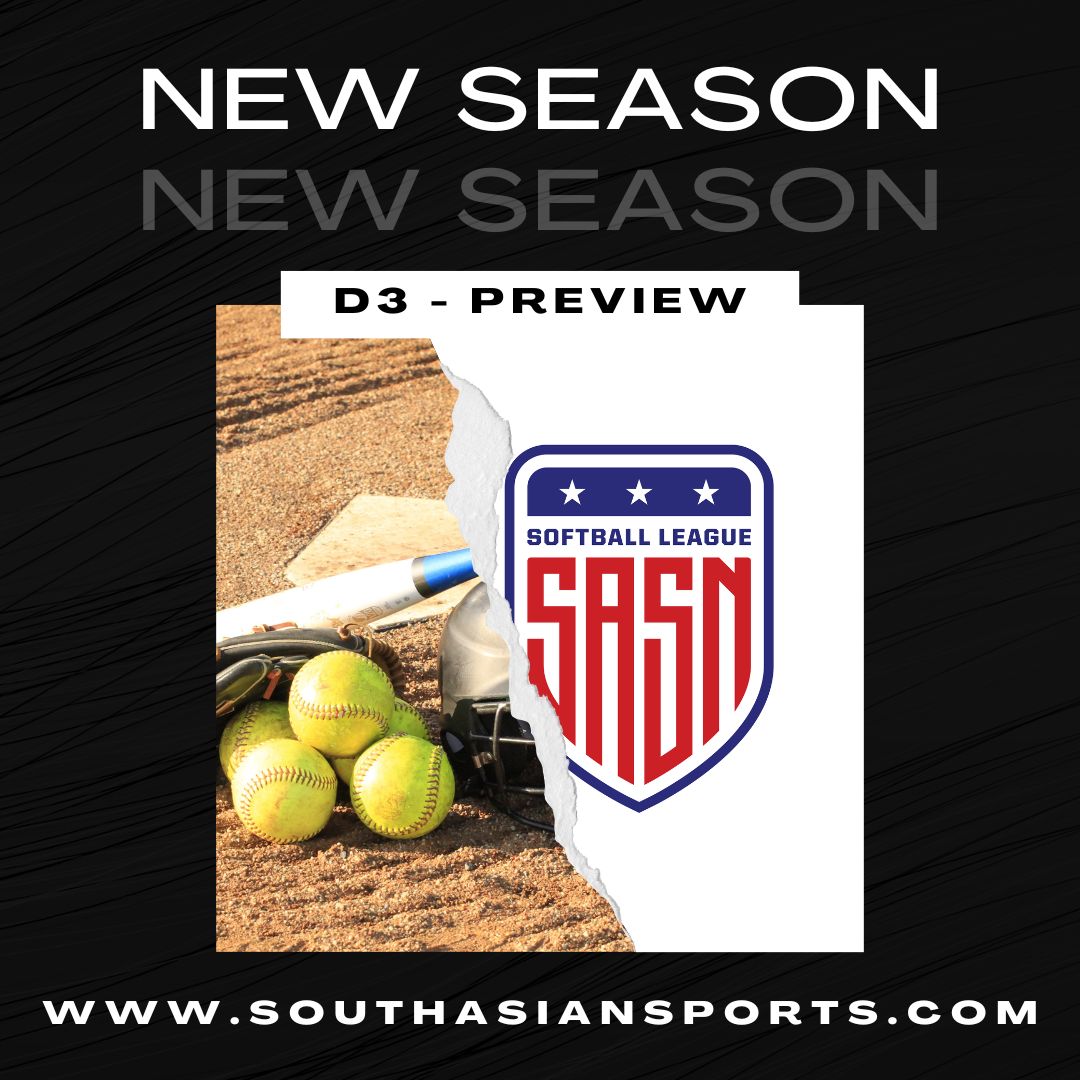 Long Island is going to have another season of our league members running around Eisenhower Park, Mitchell Field, Seamans Neck and other locations as we launch Division 3.

This season we have 6 teams in the league. Here is where our experts rank them.

Dad bods come into this season as heavy favorites for going the distance. Captain Parvesh has done a strong job recruiting players from other teams. Anytime you have Wahid and Dylan you are bound to make at least the first round of playoffs. Mixed with veterans Luis, Jassa, Travis, and Adeel, championship pedigree of Aroup and whatever pedigree Manju is, dad bods are a top tier, d3 team.
Strengths: Defense. The team can hit but their defense will carry them deep into any championship run.
Weakness: Dad bods will need the bottom of their lineup to step up before pitchers start working around Luis, Dylan, and Wahid.
Projected record: 12-4

High Rollers: Coming off a championship run, High rollers look to continue to “roll” into fall ball. The team has a lot of “what if” potential. A veteran team that can give dad bods and the rest of the division a run for their money, if they all perform at their level. Captain Prince and stand-up comedian Gotham look to push the boundaries of repeating another fall ball chip. Look for super star Ryan to carry the team and set the tone for the rest of High Rollers to keep up.
Strength: Offense. High rollers have solid hitters, who can go all fields. But will players like Faizal show up to hit or sell season tickets for the nets?
Weakness: Attendance. When fully present this team is another strong team in D3. But the best ability is availability.
Projected record: 10-6

Booglers: A new team to the league, captain Hassam has a tall order ahead of him to lead a group who aren’t familiar with slow pitch softball and, most importantly, define what exactly boogler is. Look for this team to Initially struggle but make a strong push at the end of the season.
Strength: Team Unity. These guys all know each and that makes all the difference during losing streaks.
Weakness: experience. Switching to slow pitch softball has man quirks -it’ll take some time for Hassam and company to become established in SASL division 3.
Projected record: 6-11

Batz: Rising from the ashes Batz comes into this fall season with none of the familiar faces. Having lost half the team, Batz collected random free agents to form a sixth team. Captain Salman will need to be creative to field his team every week. Batz does have some veterans in Salman, Zimmad, Junaid, and Yash but will this Frankenstein reincarnation of a softball team actually threaten any opponents? We will just have to wait to see.
Strength: a good mixture of veterans and new guys who know how to play the game but will they perform above their ability and rating.
Weakness: variety. Batz is full of many players who play the same position. A lot of questions as to the identity of this team.
Projected record: 4-12

Fall Ballers: Making his return to d3 Solyman and Ammad will be bringing in Fall Ballers. With many returning players from Shock, Soly and company will continue to ‘shock’ the league with above-average play. Fall ballers picked up former SASL MVP Kevin Persaud and veterans Burhan and Ali Najimi. With the most experience of any d3 team, the question that remains is,  will they be able to deliver? Will every defensive adjustment of Solyman and Ali help the team to another prosperous year? Or will all that movement impact the ailing knees and back of this team?
Strength: Experience. Solyman and Ali can write books on every player in the league. Add Faizan and Burhan to the mix and you have a team that may float at the top of the division.
Weakness: age. Who’s the courtesy runner for who. Although with age comes wisdom, it also brings bad knees and back pain. Maybe Ammad needs to get Aleeve to sponsor fall ballers for this season
Projected record: 9-7

Ayaz Team: Every year the magician Ayaz puts together a team of players from all corners of the world. This year is no different. While losing players is always tough, Ayaz has been able to bring back some former NWO / Razor edge players. Look for this team to come together and challenge some of the strong teams in this division.
Strength: Consistency. Uncle Jess and Ayaz always come ready to play and add Mahdee the meat connect to the mix and you have a solid core that can carry this team through some of the rough patches. These guys have always delivered and continue to consistently deliver.
Weakness: Depth. As always, Ayaz has picked up a bevy of players. Even if one of those players pans out this team could make a run but that remains to be proven.
Projected Record: 7-9
Related TopicsFeaturedsasl